The Food Lion-anchored shopping center near the intersection of Hull Street and Genito roads sold to a Georgia developer for $8.2 million. (Mike Platania photo)

Two out-of-town developers closed out the summer with deals in Chesterfield County — one bagging a longtime shopping center and the other scooping up a recently-built warehouse.

In late August, the Trane Supply warehouse at 14000 Justice Road in Midlothian sold for $14.1 million. And in Chesterfield’s Clover Hill district, the Genito Crossing Shopping Center sold for $8.2 million.

The new owner of the Trane warehouse is Peterson Cos., a Northern Virginia-based development firm. The 83,000-square-foot building, built in 2018, will continue to be occupied by the HVAC supplier, per a Peterson spokesperson.

Taylor Chess, Peterson’s president of development, said the acquisition “was part of our efforts to expand our warehouse/industrial holdings along the I-95 corridor.”

“We are very familiar with the Richmond market and are exploring other opportunities in the region,” he said.

The warehouse sits on 9 acres. The property was most recently assessed at $5.1 million, per county records. 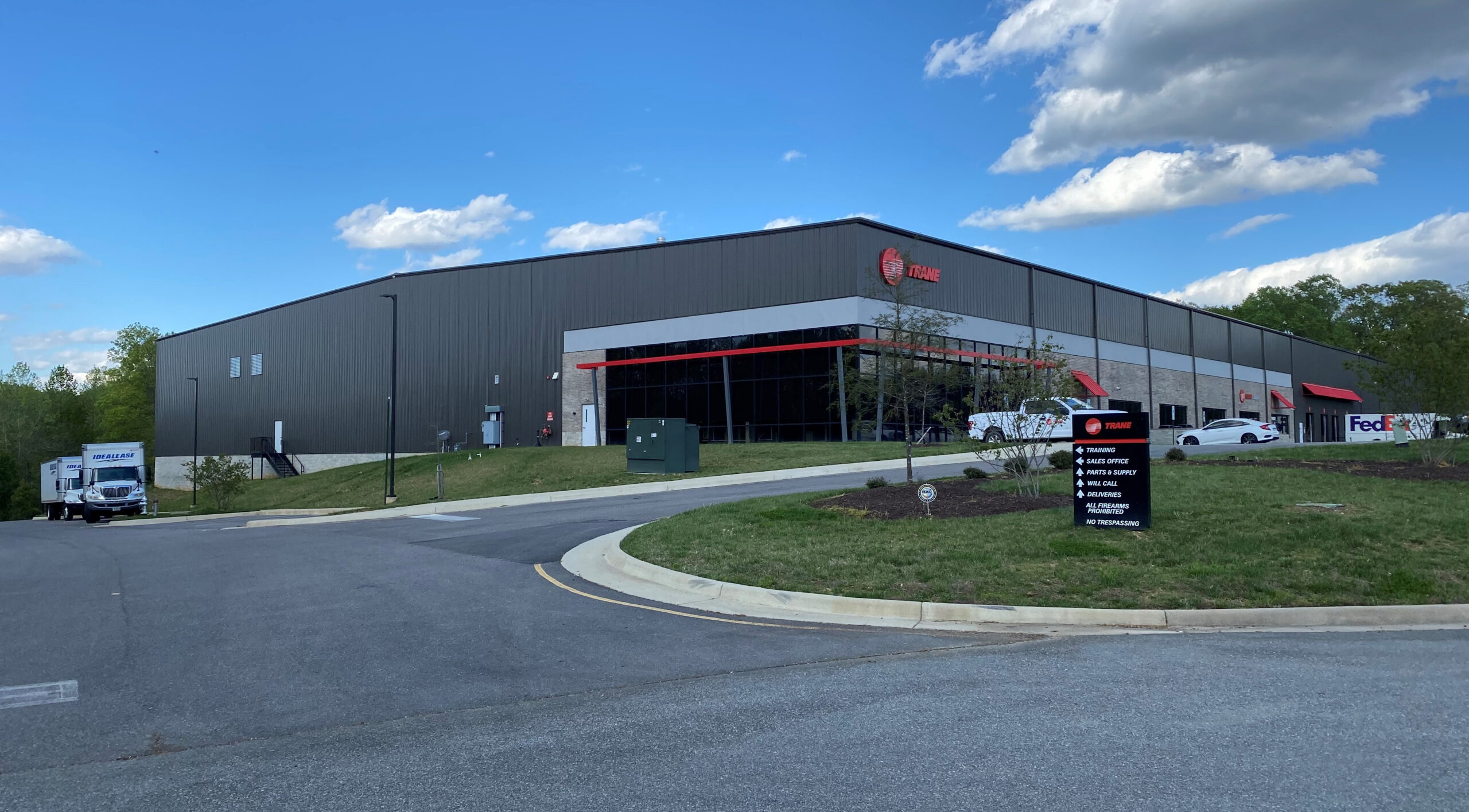 Completed in 2018, the warehouse at 14000 Justice Road in Midlothian is leased to HVAC supply firm Trane. (Courtesy of Peterson Cos.)

The deal doubles Peterson’s holdings in the Richmond region. The company also owns the Nuckols Place Shopping Center in Henrico, which Peterson developed in 2016 and is now anchored by Publix.

The $8.2 million deal looks to be Victory’s entrance into the Richmond market. Per its website, the firm owns 52 other grocery-anchored shopping centers throughout the Midwest and Southeast, none of which are in the Richmond area.

The property was most recently assessed by the county at $5.2 million. Tenants at the roughly 78,000-square-foot shopping center include Skrimp Shack, Yen Ching Chinese Restaurant and Trophies Unlimited.

A marketing flyer from Victory shows two suites totaling about 8,500 square feet as available for lease.

Shopping center, warehouse in Chesterfield sell in deals worth $22M