Several important archaeological discoveries that shed light on ancient trade settlements in the Oman region have been unearthed by nearly a decade of excavations at a site from the early Bronze Age in Oman.

This list includes the remains of floorplans, warehouses, administrative buildings, ritual buildings, a tomb, industrial infrastructure for processing copper ore, and silver jewelry dated to the 3rd millennium BC. The jewelry includes parts of beautiful necklaces with beads, spacers, and silver rings from the Umm-al Nar culture’s zenith, including one particularly interesting ring that highlights the complexities of global trade in the ancient world.

The joint American and Omani mission was recently announced on the sidelines of the International Conference on Archaeology and Arts in South Asia, in Barcelona, Spain. According to a press release by Oman’s Ministry of Heritage and Tourism, the team was headed by Prof. Dr. Nasser Al-Jahuri and Dr. Khaled Douglas from the Department of Archaeology at Sultan Qaboos University. They were assisted by Professor Kimberly Williams from Temple University Philadelphia, USA, who excavated the especially interesting tomb.

Explaining the importance of the site, Professor Nasser al-Jahuri, who discovered the site, said, “The archaeological site of Dahwa is considered among the important early Bronze Age sites in the Al-Batinah Plain due to the nature and quantity of archaeological finds that were uncovered during the various seasons of survey and excavation, which started in 2013 and continued until 2021. In 2013, the department began its field work by conducting a comprehensive archaeological survey in the Dahwa region, where five distinct archaeological sites were discovered that include ancient settlements dating back to the so-called Umm al-Nar culture (2600-2000 BC)”.

The site, titled Dahwa 7, also included a mass grave , which ended up being the only grave found at the site. The grave yielded a large number of local and imported pottery items, among other important items.

The fascinating tomb includes skeletal remains, as well as imported and local pottery and jewelry, including a distinctive seal on a silver ring belonging to the Harappan civilization. The seal depicted a bison from the Indus Valley, which lay a few hundred kilometers away in what constitutes modern-day India and Pakistan, Canada Today reported.

According to Dr. Dennis Frienz, an Italian expert on ancient trade routes between the Indus Valley and Oman, and a collaborator with the Omani Ministry of Heritage and Tourism: “The discovery of a silver ring in a tomb in North Al Batinah is likely to have been made in Mesopotamia (Iraq) using Anatolian silver (Turkey) for an individual associated with foreign trade with the Indus civilization (Pakistan and Western India) shows the great development of foreign trade, interaction and trade and cultural relations in prehistoric Eurasia, which can certainly be considered a prototype of modern global exchanges.​”

What is most fascinating was the extent of the globalization the ring demonstrates. This provides additional evidence for the diversity and interconnectedness of ancient civilizations, considering that similar rings were found in Iran, Mesopotamia, and Bahrain as well. Moreover, those similar rings have been dated to later periods according to Jonathan Mark Kenoyer, professor of anthropology and archaeology from the University of Wisconsin-Madison, USA. 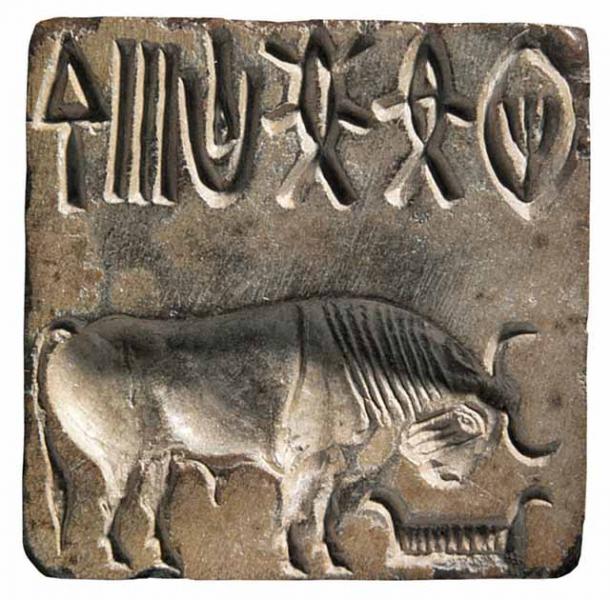 A stone seal from Mohenjo-Daro (Pakistan), similar to the ring found in Oman, with the same image of an Indian bison with the head lowered on a manger ( Ministry of Heritage and Tourism, Sultanate of Oman )

The trade links are also gleaned from the quality of the seal’s decorative pattern and its distinctive shape, which are quintessentially Harappan. Another peculiarity is the fact that previously found seals were on smooth stone, but this is the first time that a bison image has been found on a metal ring, reported The Oman Observer . In 2020, bison stamp seals of local softstone were found at Salut and Al-Moyassar in Oman. 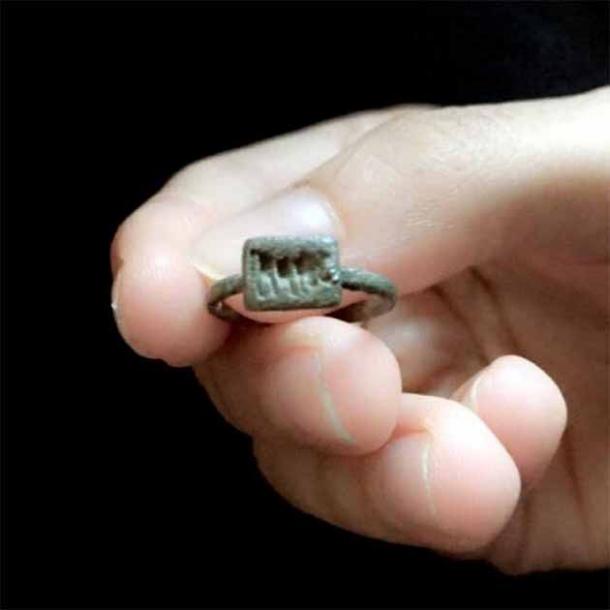 The bison image on this prehistoric silver ring found in Oman was typical of Harappan culture, indicating ancient global trade networks. ( Ministry of Heritage and Tourism, Sultanate of Oman )

This suggests that the people of the Umm al-Narr culture were more intelligent and technologically advanced than previously thought. “… they introduced at a very early stage, administrative solutions that allowed economic growth in the later millennia,” he concluded.

Top image: The mass grave in Dahwa, Oman, where prehistoric silver jewelry was unearthed, along with pottery, stone containers, and personal ornaments. Source: Ministry of Heritage and Tourism, Sultanate of Oman

Benzine, V. November 9, 2022. Archaeologists from the UAE and U.S. Have Uncovered One of the Earliest Trade Settlements Ever Found in Oman . Art Net. Available at: https://news.artnet.com/art-world/archaeologists-from-the-uae-and-u-s-have-uncovered-one-of-the-earliest-trade-settlements-ever-found-in-oman-2207530.