As reported here, D&H Jewelers departed last month after 12 years in the Castro. But the space did not sit vacant for long, and Mikroblack officially opened on December 10.

Mikroblack offers a curated selection of clothing and accessories from across the world along with art and furniture. As things get up and running, Good says more items will be added to the store.

“Originally we started as a concept boutique that only sold black things,” said Good. “It’s all predominantly designed and made in Europe.”

Good tells Hoodline that she brings over everything herself. “It’s hand-selected pieces, mostly natural fabrics like silk, leather, cotton, and wool,” added Good.

Originally from Sweden, Good went to university in London before moving to Berlin. About five years ago, Good then moved but still goes back and forth to Europe. Along with operating the shop, Good also performs as a magician and sword swallower under the stage name The Beautiful Jewels.

Khasin was born in Kazakhstan and moved to Russia as a teenager before immigrating to the United States in 2009. Khasin brings a background in marketing and project management to Mikroblack. 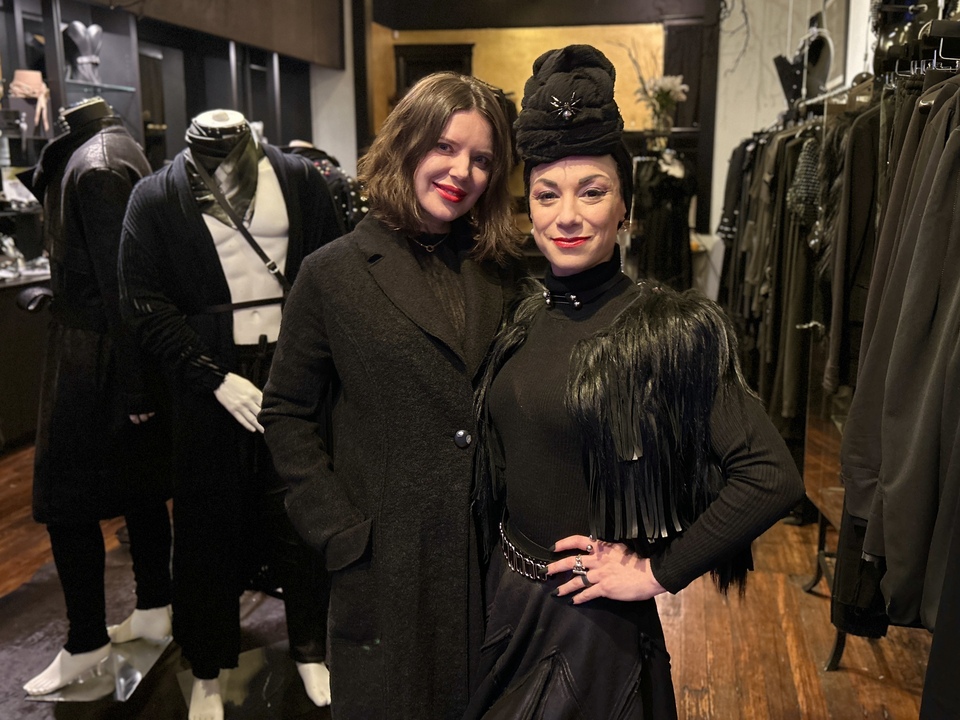 Before opening its first permanent location, Good says Mikroblack had two pop-up stores last year — one along Market Street between 3rd and 4th streets, and another on Gough Street.

“I think Castro needs this,” said Good about opening in the Castro. “I wanted to specifically be on this block.”

In trying to get Mikroblack open for the holiday season, Good and Khasin narrowly avoided catastrophe. While gone for Thanksgiving, a fire started on a small section of the floor that had just been refinished. Luckily the fire self-extinguished and the store only sustained smoke damage. Good estimated the damage at $15,000.

Hoodline readers may recall that a fire broke out next door at home decor shop Stag & Manor (2325 Market St.) just weeks before it opened in 2018. 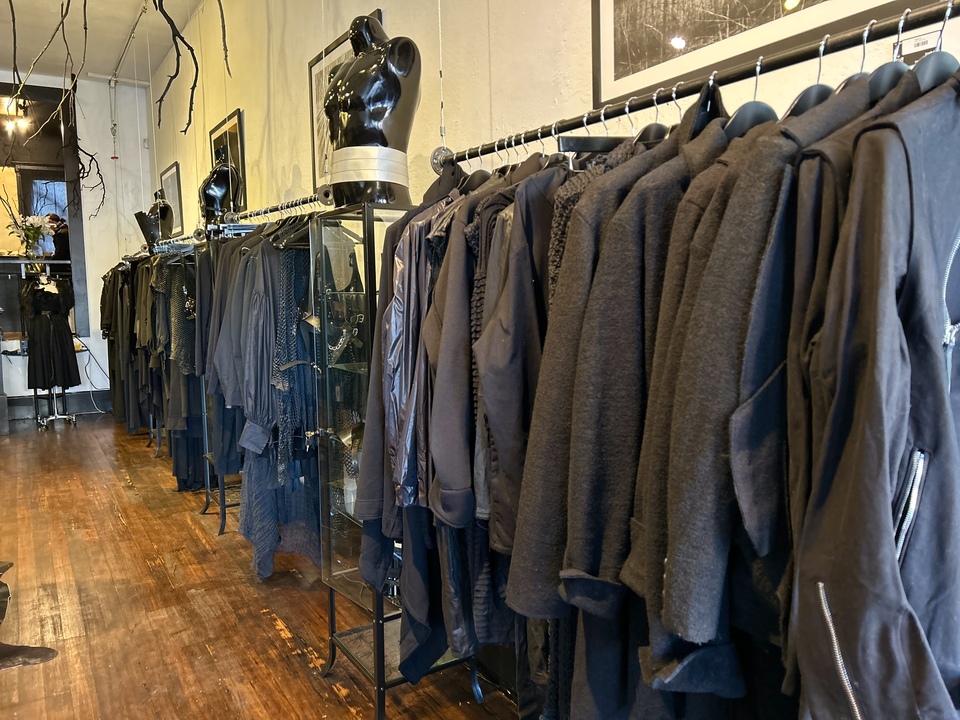 Customers who come in to the store can expect a different shopping experience. Good said she prefers to give each customer her undivided attention. “It’s a shopping experience,” said Good. “We don’t sell online because I believe in touching things and trying things on. It’s interactive.” Private shopping appointments are also available.

And yes, all of the items inside the store are black. “Lots of people wear black things, it’s the brightest color,” said Good. “It’s not necessarily goth or extreme, a lot of pieces are avant-garde.”

“They are high-end quality, so it could be for dressing up but it’s also for casual wear,” added Good.

Along with being a retail shop, Good and Khasin tell Hoodline they plan to operate a social club and co-working space later on down the line. 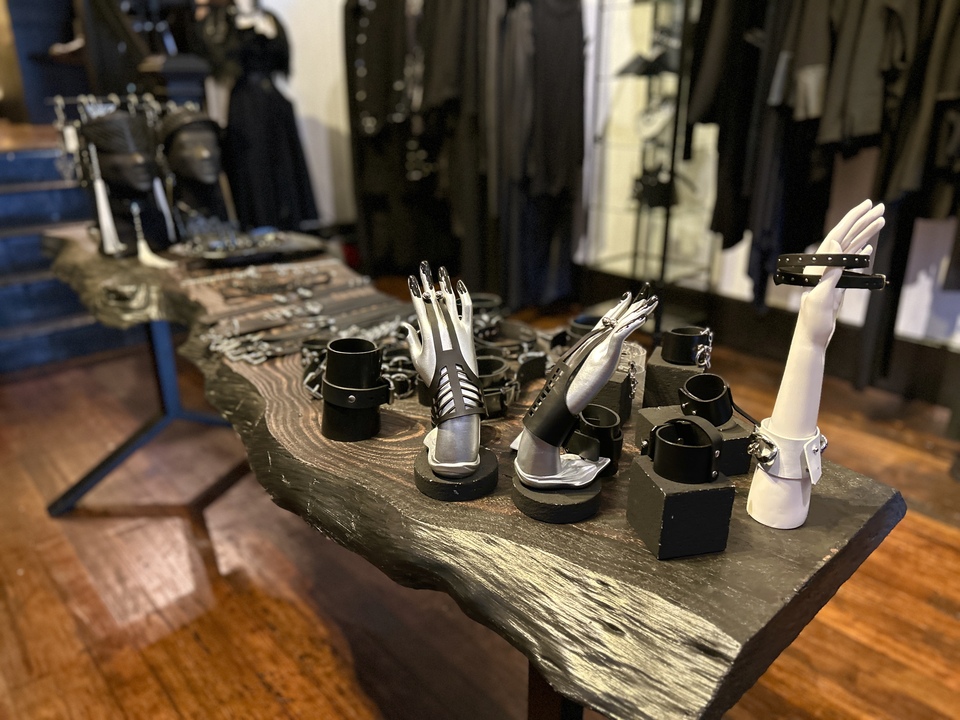 Good said Mikroblack will host a variety of events and stage performances. Aerial rigging has been installed inside the store for acrobatic shows and a hoisting mechanism has been installed to lift the clothes racks up to the ceiling in order to make room.

“I want to make it a membership club so people can come and socialize,” said Good. “I want to build a community where artists, performers, and people with money come together.”

D&H Jewelers co-owner Lindsay Daunell told Hoodline one of the reasons they ultimately decided to depart the Castro was because of the new landlords. “We considered renewing and potentially dealing with a rent increase,” said Daunell. “We don’t love the new owners of this building or staying in business with these particular owners who haven’t been supportive in the past.”

While Daunell and business partner Shawn Higgins shared their frustrations, Good said they have not had to interact with the current landlords. “We deal with Shawn [Higgins], we don’t deal with the landlord,” said Good. Good declined to comment further as they have taken over the lease from D&H Jewelers. 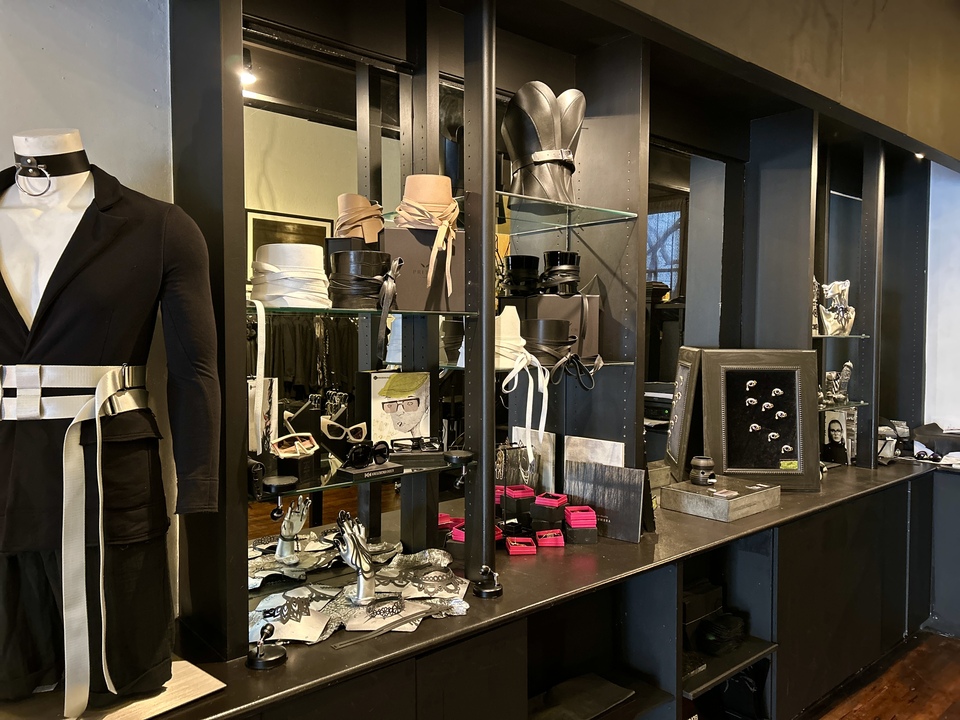 The opening of Mikroblack fills one of three vacancies in the 2323-2335 Market St. building.

The forthcoming pharmacy Mistr is also set to take over the former Weaver’s Coffee & Tea space at 2301 Market. More on that store this week.